More and more, entrepreneurs are turning to the web to start new businesses because of low startup costs–often less than $1 million. Investors are helping drive the trend, in part because they have less money to invest. The average venture fund has shrunk from $166 million in 2007 to just over $120 million at the end of last year, according to data from the National Venture Capital Association and SVB Capital. Smaller funds tend to gravitate toward smaller funding rounds. 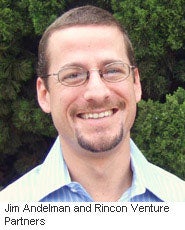 But it wasn’t always this way. In 2005, when Jim Andelman and Brian Kelly co-founded Rincon Venture Partners to fund web-based businesses, VC were flush and funding the likes of Facebook.

Andelman and Kelly zigged as bigger firms zagged, reasoning that partners at mainstream firms wouldn’t be interested in the small, capital-light startups they were pursuing. With hundreds of millions to invest, bigger funds would be “compelled to write bigger checks,” Andelman says, leaving more opportunities for his firm.

The message to entrepreneurs: Do more with less capital. Here are three things VCs are looking for from the next generation of web-based businesses.

A Better Bottom Line
In the end, Andelman says VCs are pursuing more capital-light investments because businesses are being acquired for less now than a few years ago. “$50 million exits are not unusual these days, whereas $500 million exits are almost unheard of,” he says.

That’s a problem for venture capitalists who live off bets that return 10 times or more their initial investments. Why? The math doesn’t work when you’re writing big checks. Only the investor that bets $5 million (or less) in exchange for a 40 percent stake gets a 10x return on a $50 million buyout.

By focusing on lean web-based businesses, Andelman says he’s put his fund in a position to earn big profits on small exits. “What we found is that anyone can write a business plan that looks capital-efficient. The odds that it actually will be capital-efficient are much higher in the web domain,” he says.

In one instance, Rincon would earn 10 times its money on a portfolio company sold for less than $25 million. Entrepreneurs can benefit from this same dynamic. Capital-light businesses are more likely to be bought, Andelman says.

“I don’t think anyone gets into this business targeting $50 million exits,” he says. “But it’s nice to know that if the businesses in which we invest ended up there, it would still be considered a great outcome for everyone.”

What are the tax benefits of buying a car through my business?

Save Serious Money With a Business Energy Audit